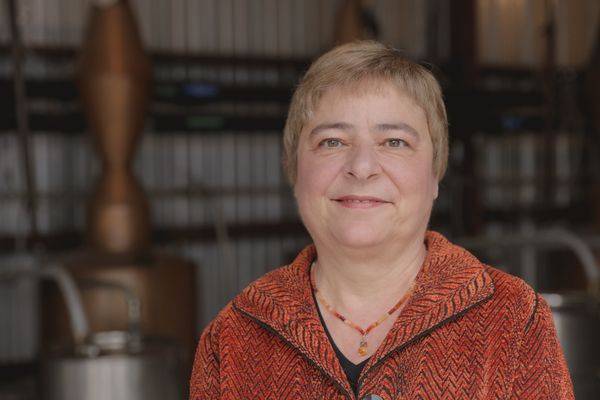 Once upon a time a South Texas farm girl graduated from college and got a job far from home, in England. As the natives there do, she vacationed in sunny Italy as frequently as possible. While there, she fell in love with the exquisite Italian liqueur, Limoncello. Being a can-do country girl, once back home in Texas, she began making Limoncello for friends and more than one suggested she make a business of it. On the advice of a wise man in the spirits industry, she first brought an arancello (or orange liqueur) to market, as Texas is not only God’s country but margarita country as well. Paula’s Texas Orange was launched in 2005, and Paula’s Texas Lemon in 2006. Paula Angerstein became the first woman and second person ever to be licensed to distill spirits in the state of Texas.

Paula’s liqueurs are made with fresh orange, grapefruit, and lemon zest and derive their fresh citrus taste from the essential fruit oils that are captured during the steeping process.

In May of 2016, Paula's Texas Grapefruit Liqueur, made exclusively with Ruby Reds grown in the Rio Grande Valley of Texas, came to market.

Paula’s Texas Orange, Lemon, and Grapefruit Liqueurs are made from fresh fruit and pure cane sugar and are all-natural and gluten-free.

Paula’s Texas Orange is 80 proof and makes the world’s finest Margarita. Its bright orange flavor is also delicious in classic cocktails and mixed with sparkling water.

Paula’s Texas Spirits can be found at liquor stores, bars, and restaurants throughout Texas, Louisiana, and Tennessee. Paula's Orange can be purchased in 750 mL and 50 mL sized bottles. Both Paula's Lemon and Grapefruit can be found in 750 mL bottles.